How To Place A Catering Order 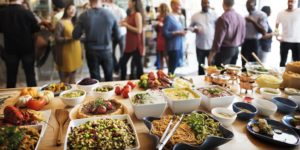 When you order from a caterer, it’s not the same as ordering off a menu at a restaurant.  Caterers prepare food in volume and discount the price in comparison to ordering individual dishes a la carte.  Most caterers have minimum orders of 30, 50 or 100 servings.  Once you determine your event date and a budget, contact a caterer and request a quote.  Most caterers will request the basics for a quote:

This information will allow the caterer to customize a menu to suit your budget or provide you with research to help you decide on a budget. 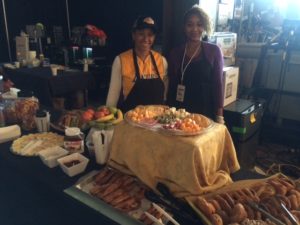 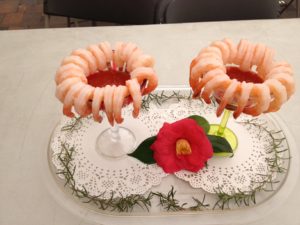 On larger production sets, you may see more than one craft service buffet. Each VIP talent on TV and film sets, may also have a separate craft service setup. In LA, photo shoots, commercials and live event productions often set up separate craft service buffets for their VIP clients. The food budget for VIPs are usually much higher than cast and crew. You can expect to see specific requests from the talent like specialty food and even alcoholic beverages. Some celebrity VIPs provide a “rider” to the production with specific items they expect in their green room. Crafty would be responsible for securing these items.

Craft service is like the break room at an corporate office, but with a friendly attendant waiting there to cater to you. It’s an area of the set where people can go to relax, refuel or just hang out and share a laugh with their favorite crafty. Everybody loves crafty!

Even if you don’t have a million dollars to complete your short film or TV production, you still have to feed your crew. At Dine With 9 Catering we provide complete meal packages for low budget productions. Most television, music video, film or live event productions work for about 12 to 14 hours. Union rules usually require meals at every 6-hours.

The first hour of the day starts with breakfast; however, low-budget productions might skip this meal. Your cast and crew will usually check their call-sheet each day to find out what meals will be included and at what times. At the 6th hour of the day is lunch, which is the most important meal of the day. Some low budget production catering might include a skimpy breakfast and a skimpy lunch, but it’s smarter to simply skip breakfast and do a hearty lunch. Two skimpy meals mean you won’t be satisfied at either meal break. If your crew is notified that they’ll be NO breakfast, they’ll likely eat before leaving home on their way to set. At the 6th hour, people expect to be well nourished with a hearty meal. After a 12-hour day, another meal break is required if your production continues working. The 12thhour meal would be dinner, sometimes referred to as 2nd meal. This meal usually isn’t as substantial as the 6th hour meal. It often consists of sandwiches, wraps or even pizza on some sets.

Menu options for low budget production catering may include chicken, pasta and less expensive red meat and seafood options. These menu options don’t mean you have to sacrifice overall quality and taste. You can save more by ordering drop-off service. A driver will deliver the order to your production set and setup the buffet for self-service. In cases, where you have a large crew, self-serve is not recommended. We provide servers to manage food portions and keep the buffet clean for everyone to enjoy. If adding servers is out of budget, consider ordering extra servings for larger crews. Contact Dine With 9 Catering for LA production catering. We’ll discuss your budget and find a menu and service option to make your project a success. 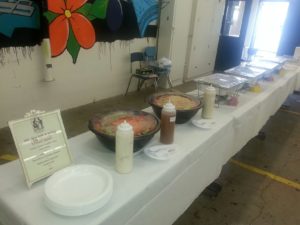 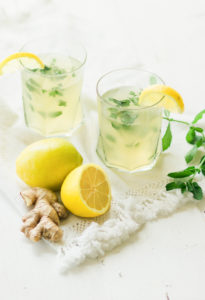 Dine With 9 Catering’s ginger-mint lemonade recipe is one of signature menu items.  Clients love it as an add-on for lunch and for cocktail parties where we spike it with either rum or vodka. It’s so refreshing and wholesome, you’ll want to bottle it up and take it home. Our chefs prepare this recipe fresh the day before an event, so the flavor is intense. We thought about bottling it up for sale, but we would hate to add preservative to maintain that delicious flavor.   So, we decided to share the recipe with our clients so they can make it at home.  You can store this beverage in the refrigerator and enjoy that delicious flavor for up to 10-days.  Yeah, we tested it.  The flavor was still fresh even after the 10th day, but it was so good we drank it all on day 11.

What is Craft Services

WHAT IS CRAFT SERVICES?

In film, television and commercial production, craft services  refers to the person who provides snack food and beverages to the rest of the production crew.   Often referred to as “crafty,” this crew member provides buffet style snacks and drinks. The crafts in film refers to departments such as camera, sound, electricians, grips, art director, set decorator, hair and make-up, background.

Crew positions evolved with technology and became more specialized.  “Crafts” can no longer cross over.   For example, electricians doing “grip work” by moving a stand is no longer okay.  It became necessary to hire an “all-around” laborer.  This position can help any department and perform menial tasks such as digging holes or sweeping the floors. These laborers can receive an upgrade in salary. They can be put on the “cable rate” for helping to guide sound or lighting cables for a shot.

There is a difference between craft service and catering. Craft service is the food that is always available to the crew WHILE they are working.  Craft service can range from a single table of donuts and coffee to elaborate snack buffets with tray passed appetizers. Catering handles the true meals like lunch.

Catering is a sit-down hot meal that lasts either 30 minutes or an hour, and is offered to the crew every six-hours throughout the work day.

Occasionally there are two craft service stations.  One for cast and crew and another for non-union background actors. The food provided can vary widely, due to fluctuating budgets for example: pilots, low budget, often offering very limited food, while big budget productions often offer generous food and drinks.

Craft service is a crew position and craft service people are sometimes represented by the union, the (IATSE).  Dine With 9 Catering offers craft service along with catering services for TV & film productions. 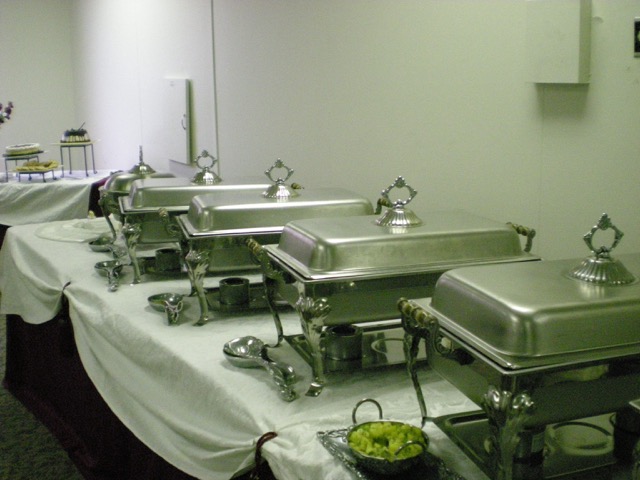 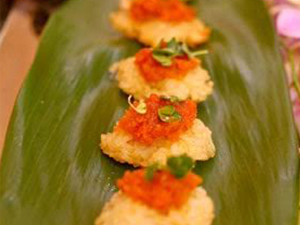 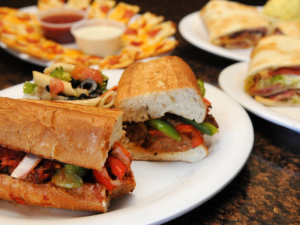 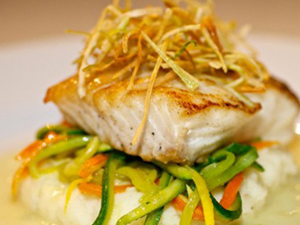